Skip to content
Why is my game not improving. 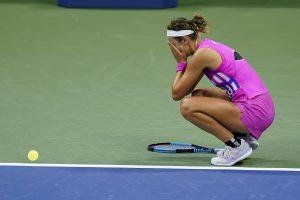 Why is my tennis game not getting better?!

Do you feel like you hit a plateau and your game stopped improving? Here is most common Five Reasons Your Tennis Improvement has Plateaued.

1) Your overall practice regimen does not include enough match play.

Research shows that players take more private lessons, participate in more drill classes, and buy more equipment, but the one thing we do less of is… PLAY matches. This is why so many players struggle when they compete and often feel like they are better in practice than they are in an actual match.

2) Your intensity level at practice is often too low.

You might be tired from full day at work or school,it is tough. But if you want to get better, you need to leave the past day outside the court and once you step on the court, bring the positivity,energy and intensity to your practice. Full mental and physical attention is needed in order to step up your game.

Footwork, footwork, footwork…Tennis is all about footwork, constant and fluent movement on the court and rythm. If you don’t bring the intensity in to your practice, your footwork won’t be optimal and it will start a chain on miss-timings. Late to the ball, late setup out of position, hitting ball late, not being able to transfer your body weight forward and not being able to recover after the shot. All these will turn in to a very bad habit you won’t be able to get rid of. Remember, practice court is where you are trying to break bad habits and build new ones, don’t waste the opportunity in practice. 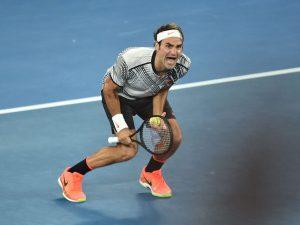 3) You’re more concerned with winning now than developing your game for the future.

We see it all the time. This is one of the most common reasons, why players are not getting better despite takig lessons and working on their technique or tactics.  Players say they want to get better in the long run, but in classes and in matches they abort the necessary new skills they are working on for winning at that moment.  It’s easy to say that you want your long-term improvement, but it takes a special commitment to be willing to take a step backwards so that you can eventually take two steps forward.

4) You’re not adding or acquiring more USABLE tactics to your game so you can beat a wider range of players.

You don’t have to have every tactic in your arsenal to be a good tennis player. But you have to have more than one. The best players have a favorite way to play, but they also have to 2-3 other ways that they can play. By USABLE I mean something that you can actually deploy and use in a match, not just something that you can do in practice, but are too scared to deploy in competition.

5) When you practice on your own (without a coach) you waste valuable practice time by not having a specific purpose.

Practicing with the coach is very important. But the very best players put in additional practice time without a coach. Those times are critical and I have found that the best players make the best use of those practices when they are away from their coach. Having a specific plan and set of drills that you will do is the key to improving during this time. It is not enough to just go out and hit with your friends. You have to have purpose in your practice.

Page load link
We use cookies and similar technologies to enhance your user experience on this website. To see which cookies we use and how to disable them, CLICK HERE. By clicking "Accept", closing this banner, or using our site, you consent to the use of cookies unless you have disabled them.Accept

This website uses cookies to improve your experience while you navigate through the website. Out of these, the cookies that are categorized as necessary are stored on your browser as they are essential for the working of basic functionalities of the website. We also use third-party cookies that help us analyze and understand how you use this website. These cookies will be stored in your browser only with your consent. You also have the option to opt-out of these cookies. But opting out of some of these cookies may affect your browsing experience.
Necessary Always Enabled
Necessary cookies are absolutely essential for the website to function properly. This category only includes cookies that ensures basic functionalities and security features of the website. These cookies do not store any personal information.
Non-necessary
Any cookies that may not be particularly necessary for the website to function and is used specifically to collect user personal data via analytics, ads, other embedded contents are termed as non-necessary cookies. It is mandatory to procure user consent prior to running these cookies on your website.
SAVE & ACCEPT
Go to Top